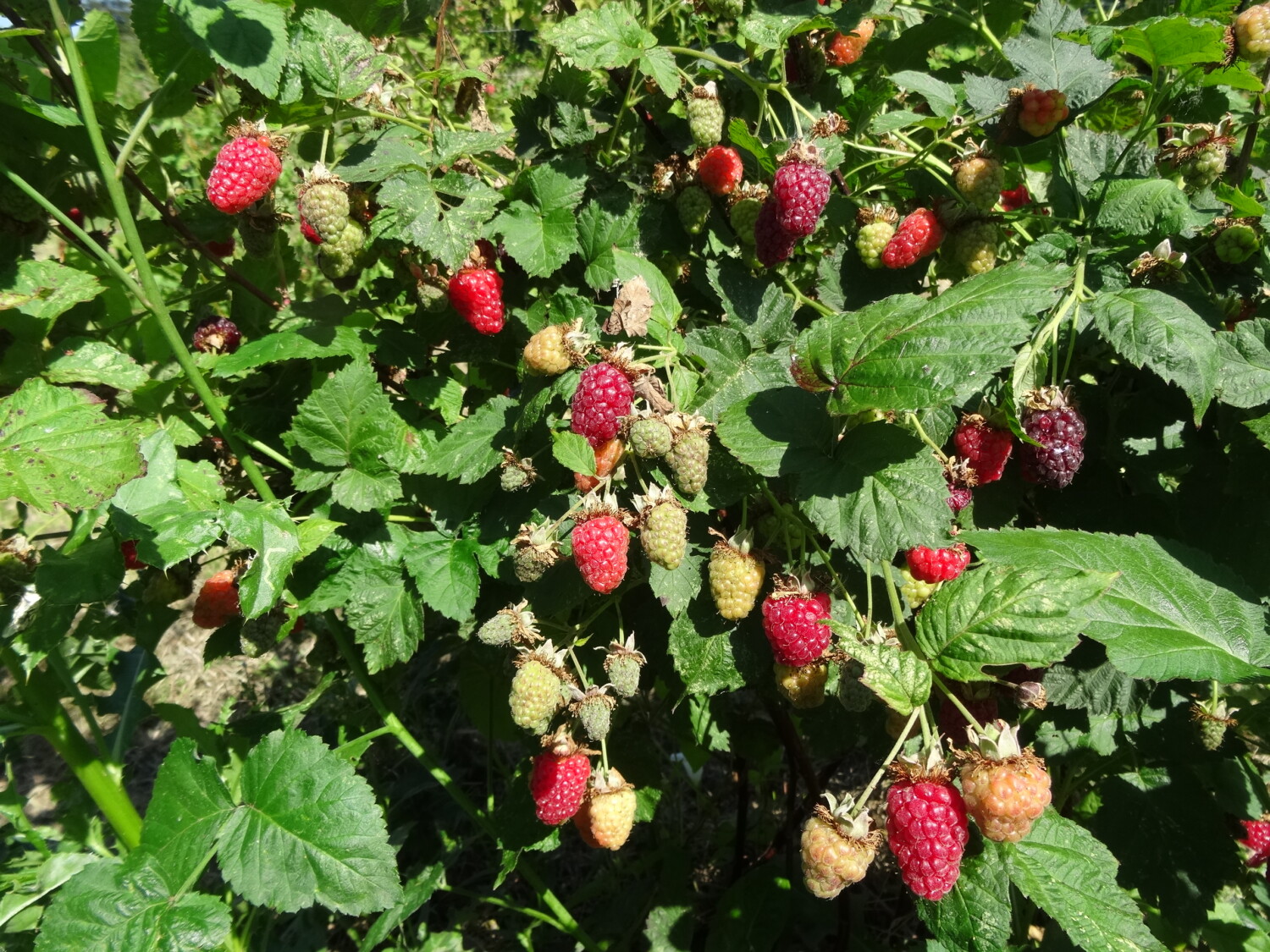 With soft fruit ripening up now including raspberries I thought it worth having a look at the Loganberry and an early ripening variety ‘Worcester Early Thornless’ which maybe worth considering especially if Raspberries are not proving successful. We get more emails & phone 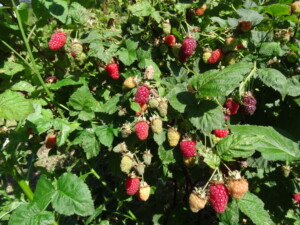 calls concerning failures of Raspberries than any other plants we supply. If growing them on allotments the history of the site may not be known and they dislike being planted where Raspberries or other Rubus spp ie Blackberrieshave been grown previously.

The Loganberry is a cross between a raspberry and a blackberry they are more vigorous, have a sharp taste and fruit successively through July & August. With their vigour plant 4 to 5m apart into a well drained soil. They do need support so a framework will be required. However they may well succeed where raspberries do not, even on allotments. We will be supplying them again as bare rooted plants from late Nov/ early Dec.
Unlike Raspberries but like Blackberries they do not sucker, or if so just occasionally. So once fruiting has finished remove the fruited canes to give space for the new canes that will fruit the following year to grow into. 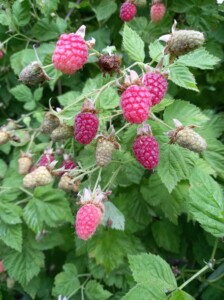 Recently I visited Paul Jennings in Worcester. He is very enthusiastic about loganberries and has been growing an earlier fruiting variety of loganberry, the same plants,  for more than 10 years. Known as ‘Worcester Early Thornless’ the name explains much. It bears fruit much earlier than the usual Loganberry (LY654) starting early June with the majority picked mid June to mid July before the fruiting canes are removed late July. A lot of these Loganberries used to be grown in Worcestershire in the 1930s for the military for juice & canning. They are very high in vitamin C. No longer grown commercially because they have a short shelf life and there are more alternatives Loganberries in general are excellent for the home gardener with a little space.
‘Worcester Early Thornless’ is a little more vigorous than the usual Loganberry but is completely thornless making management easier. We have planted a couple of Paul’s plants in our own fruit area but he will layer the tips of the new canes this autumn into small pots which will be severed from the mother plant in the new year. These ‘tips’ will be available from mid March for collection and hopefully delivery. Only a few, up to 20, will be available. So let us know if of interest and we will make a note for supply March 2022 together with some growing instructions.
In the meantime we will have a few plants, about 10, available in good 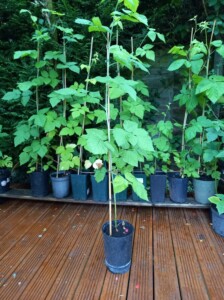 sized containers. Visit the ‘Worcester Early Thornless’ webpage for more information  . These are for collection only with the proceeds going to a Worcester based charity, Magg’s Day Centre.
‘