Home / Uncategorized / Market gardening in the Vale of Evesham & a project to remember those involved.
by: Kevin O'Neil Uncategorized 0 comment September 25, 2021 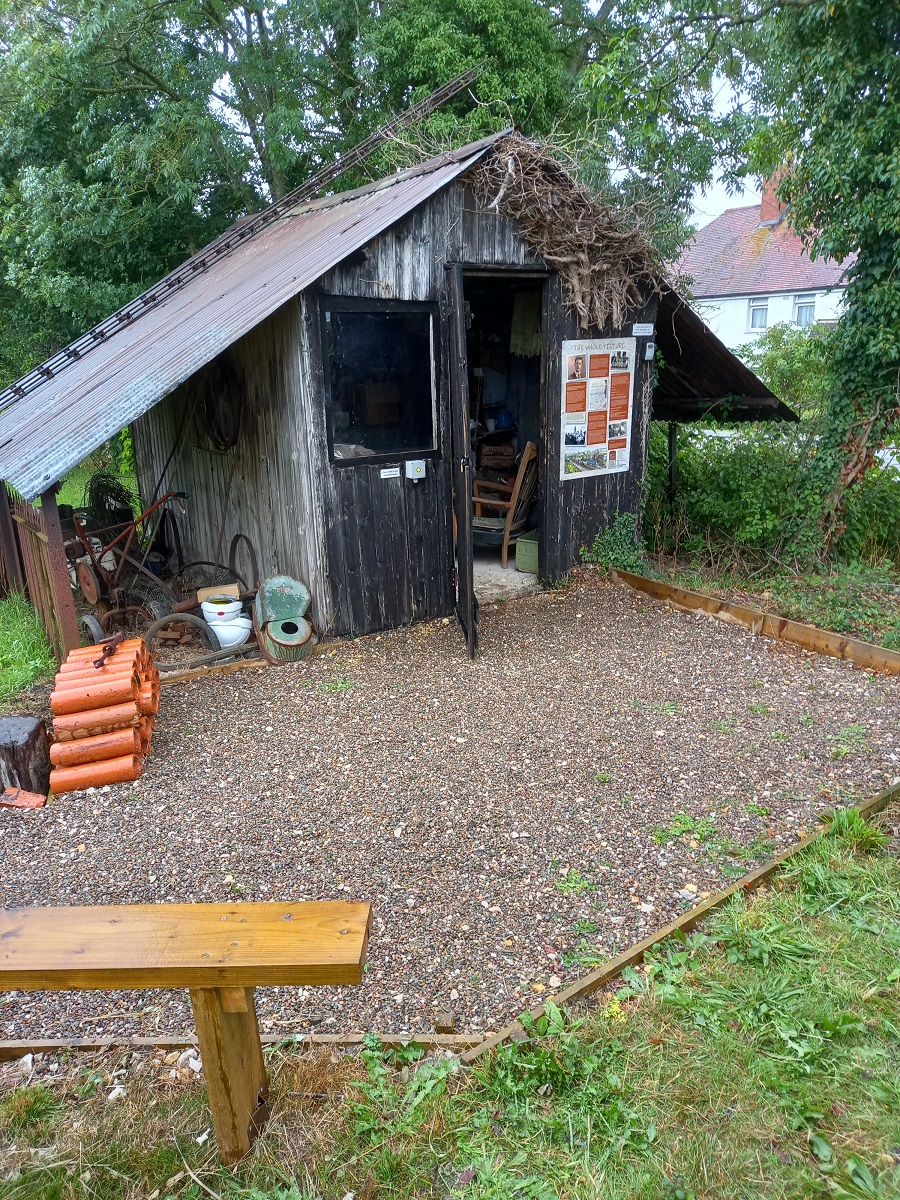 Market gardening and the people who worked in it have been an important in how the Vale developed over recent years espiecially since the mid 1800s. Though market gardening does not exist in the Vale as it used to its legacy is all around the area. The Vale of Evesham is still a very strong horticultural area. Though orchards have largely disappeared much field scale veg growing carries on and there is much grown under glass and polythene. It is well worth recording the lifes of those who have greatly shaped today’s Vale.

For many years the Vale has been a very productive area along the River Avon. With the introduction of the railway to Evesham in 1852 the produce of the area could be delivered to many more parts of the country and importantly into rapidly expanding urban areas such as Birmingham, Bristol, Cardiff. It was possible to have produce picked one day delivered to Glasgow the next.

For many years the Vale has been a very productive area along the River Avon. With the introduction of the railway to Evesham in 1852 the produce of the area could be delivered to many more parts of the country and importantly into rapidly expanding urban areas such as Birmingham, Bristol, Cardiff. It was possible to have produce picked one day delivered to Glasgow the next.

This scaled up dramatically the amount of market gardening in the Vale. Apart from Pershore and Evesham a number of other small stations were opened along the line to cater for the increase. After the second world war there were large changes with road transport becoming more usual and reliable. By the mid 1960s stations closed and only Evesham & Pershore remained.In the following years road transport became the only means of getting produce to markets & continues to be the way today.

During the busy times of the 1800s and into the 1900s growers had a few ways to sell their produce through local auction – there were two auctions at Evesham and one at Pershore. 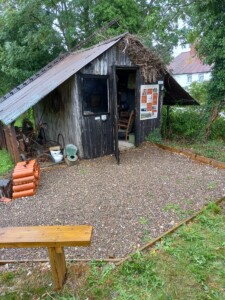 The landscape and the economy of the Vale of Evesham has been shaped in recent times – the last 200 years by market gardening. Though accepted the importance and effect that market gardening has had has not been researched or recorded.

In 2018 a three year National lottery funded project was started. The Worcestershire Archive and Archaelogy Service in conjunction with the Vale Landscape Heritage Trust, Cleeve Prior Heritage Trust & Parish Council have now completed this project looking at the work and lives of market gardeners in the Vale of Evesham and the buildings they used known as ‘Hovels’.

Through the Vale there were up to 1500 hovels or market gardeners sheds. Most have disappeared but some remain. By 2020 about 1 in 10 remained standing in various states of disrepair. As a result of this project a few have been restored. They were a store for equipment, a place for rest and shelter. Simple structures, made of wood, corrugated sheets or brick, as individual as the growers who built them. A once common sight through the Vale landscape.

Apart from their practical use, they were social hubs, places to congregate, share drinks and meals. Not a place to live but to many market gardeners they became very ‘homely’ and acted as a temporary accomodation for seasonal workers or at peak times.

In 2013 a hovel in Cleeve Prior that had essentially disappeared out of sight by surrounding growth was uncovered. What was discovered was a real insight into the life of a market gardener. Untouched since 1993 it was left just as the occupier, Edgar Wheeler, left it having had an accident, never to return and left untouched. It has been restored but all the items, down to the newspaper of the day back in 1993, have been kept in their original position.

This time capsule kickstarted the Heritage Project with the aim to record the work and memories of market gardeners and the ‘hovels’ that were so essential in their lifes. The ‘Hovel’ at Cleeve Prior has been restored as a time capsule, a further two have been restored with signage and locations of other Hovels in 22 parishes in the Vale recorded though many of those that still exist may continue to deteriorate unless the landowners wish to restore them.

You can visit the restored, or rather refreshed, Hovel at Cleeve Prior Hertigage Trust and more about the project can be seen at the Worcestershire Archive and Archaelogy Service website