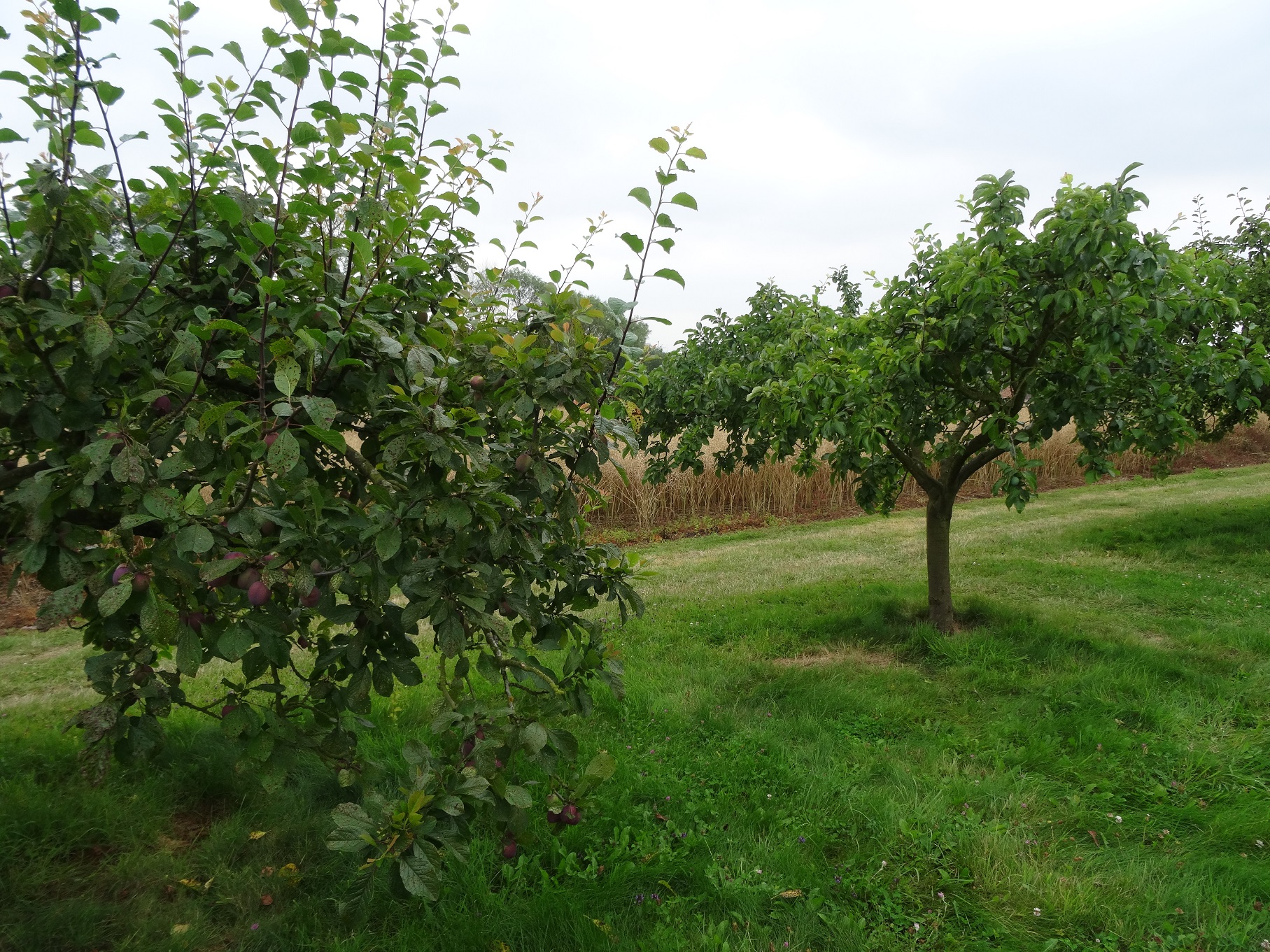 July is a good time to prune established Plums, Gages & Damsons, in fact all ‘stone’ fruit. By established I mean trees that have developed a framework & have come into cropping.

Having said that the ideal time for pruning is July, newly planted & young trees need pruning late March/early April so the new growth develops the trees framework. We supply ‘maiden’ trees with some branching so it is important to develop their framework for future cropping in the first few years. This is described in our leaflet provided with every purchase. I hope to do a ‘post’ at the appropriate time of the year – late winter/early spring

The reason the plum group is best not pruned over the winter is because of Silverleaf fungus which is endemic in the UK and will kill affected trees. The ideal time to prune established cropping trees is July shortly after the longest day. At this time of the year fungal spores are fewest and the trees active so cut surfaces will seal quickly. This can seem a contradiction when at this time of year the trees will be carrying a crop and pruning can mean removing some fruit. However the pruning required should not mean removing very productive branching. If you do not wish to prune until after harvesting make sure to prune straight after picking.

Use secateurs and a pruning saw for larger cuts. If you have several trees ideally sterilise tools between trees. When doing this summer pruning only prune out the minimum. Remove any dead and crossing branches. There may be growth that is tall & upright, above picking height, that is often unproductive. Remove these. In its first year a fruit tree branch will grow, in the second fruit buds will start to develop then will be most productive for another four or five years. Prune out some older less productive branching to provide an annual supply of new two year wood. 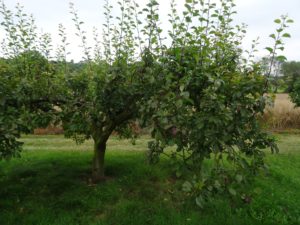 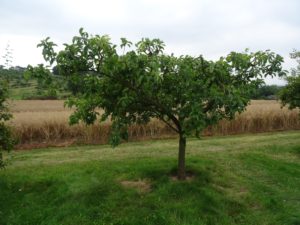 The effects of the removal of dead, crossing, taller and older branches is to keep the tree(s) more compact, as in photo right, and allow more light into the canopy, meaning good air circulation. When pruning, whether young or fruiting trees prune to outward buds to encourage outward growth. This will be more fruitful in future. Sometimes plums can fruit so heavily that they break branches. It is best to avoid this by supporting laden branches, but this can be avoided maybe by thinning the fruit late June.

Damsons are hardy trees, often used as productive windbreaks around plum orchards in the past. The above pruning principles still apply but after early formative pruning Damsons can be left more to themselves and not such regular pruning.