A sunny open site is best for fruit bushes with good shelter. The ideal soil is fertile, well drained and slightly acid, though they are tolerant of a wider range of soils. Plant 1.5-1.8m(5-6′) apart in the row and between rows. 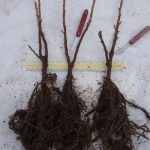 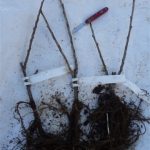 Raspberries are a perennial crop whose growth is biennial – vegetative growth (canes) in the first year, that fruit in the second summer then die back. Autumn fruiting raspberries are different. They grow and fruit in the same year. The fruit is on the tips of the earlier growth.

We supply some summer fruiting and autumn fruiting varieties. Though planting is similar subsequent development is a little different.