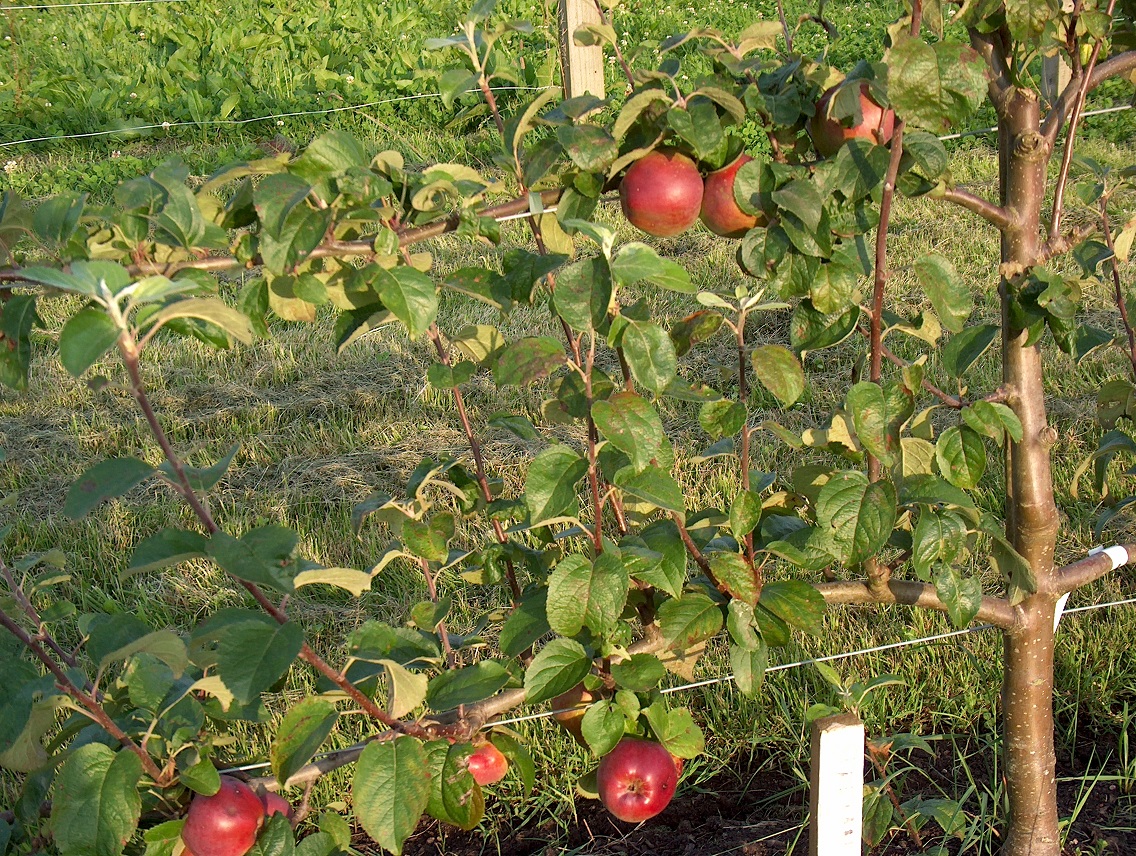 August is the time to prune espaliers and cordons. Pruning at this time of the year

When developing espaliers in particular to form the tiers you do require growth so this pruning is done over the winter for more on this development visit …… Cordons need far less development work – their framework is the single stem that has been planted. However there are variations on the single stem cordon, for example the U cordon.

During August – early in southern UK, later further north – reduce the length of current seasons shoots that are secateurs length or longer arising from the main stem of cordons or from horizontal tiers of espaliers to three buds above the basal cluster. The basal cluster is always at the base of the new growth and is not always obvious. However the picture opposite shows the cluster. This will start the process of forming fruiting spurs

On more developed trees shoots will arise from previous summer prunings / spurs. Again prune back any shoots longer than secateur length back, this time to one bud above the basal cluster. Over time these clusters may become congested. Thin them out over the winter.

What about shoots that are less than a secateurs length? Apples and pears will continue growing well into September particularly with warmer Autumn’s. So reduce these shorter growths late September. Also there may well be regrowth from the August pruning. At the same time in late September cut back this soft growth back to where it was pruned.