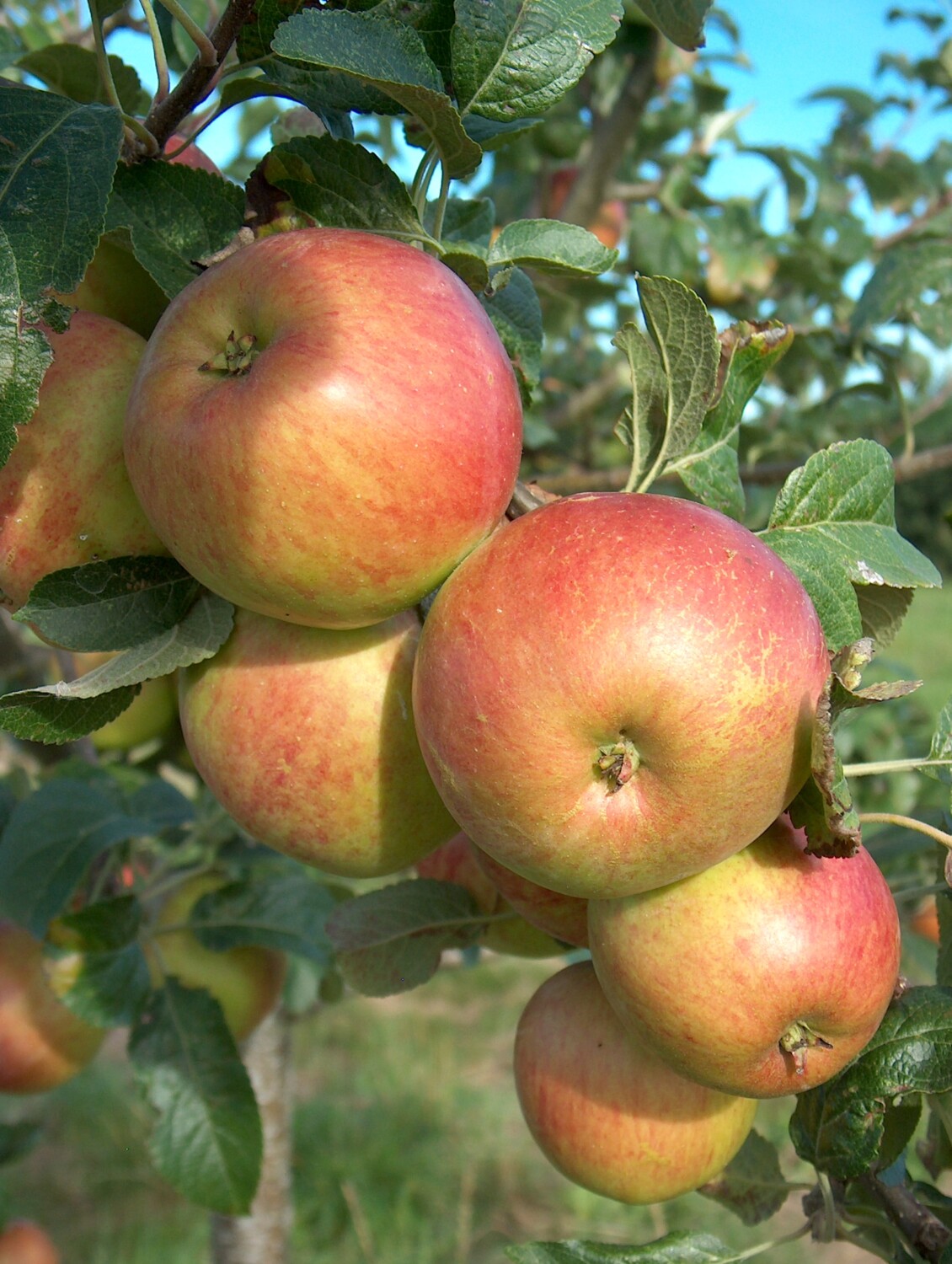 We in the UK have a deep fondness for COX’S ORANGE PIPPIN. Since its introduction 1850 most of us have enjoyed its rich sweet flavour. However it is seen less and less in the shops for a variety of reasons.

Having said this its legacy is great. Many varieties have been bred with Cox as one of the parents. Often these varieties can be easier to grow being more disease resistant.

One such variety that we grow is Fortune, pictured above, a very good early sweet dessert that will grow happily in most parts of the UK. Introduced by the same Nursery, Laxtons Superb is a cross of Cox & Wyken Pippin but its taste resembles Cox and has been grown as a commercial variety in the past.

Cox came to be grown all over the world and a Cox cross arose in New Zealand – Kidds Orange Red, (photo below) a wonderfully flavoured apple that happily grows in the UK. Its crimson red skin is interspersed with distinct crazing and 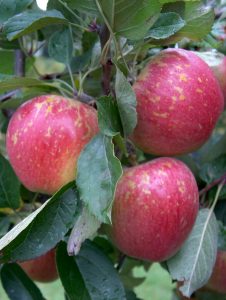 Always an excellent early/mid season apple Sunset arose not by crossing with another variety but as a seedling from a cox apple. More robust & easier to grow than Cox – like an early Cox but with little smaller fruits, so never taken up as a commercial apple, but a very good apple for the orchard. Pixie is another seedling of Cox, or perhaps Sunset, but is a later apple that develops a enjoyable crisp, sweet, juicy taste. Smaller in size it will keep well into the New Year.

You may think that crossing Cox with other varieties results in dessert apples. No! By crossing Cox with culinary apples some well known cooking apples have arisen. Charles Ross and Bountiful are two such varieties that we grow. They do tend to be sweeter than sharper culinary apples such as Bramley. In fact Bramley has been crossed with Cox to produce ‘Cobra’! Not a variety we grow, or have experience of. 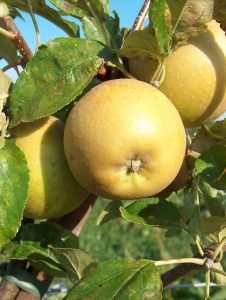 Such is the high repute of Cox’s Orange Pippin that some recently introduced apples are compared with it because we all enjoy its flavour. For example Herefordshire Russet, pictured left, a fine new variety, is described as the ‘russet with a cox like taste’./ A new variety that we have introduced for the first time this winter Christmas Pippin has been described as ‘the garden Cox’. Presumably inferring that it has a similar taste but is easier to grow!

So what a wonderful apple Cox is even if we do not see it for sale as much as we did do!